Has the world gone crazy?

Today is a sad day for me and many of my friends. Freedom, goodness, intelligence, wisdom are important to me and I feel that all this is threatened by the dark cloud of Donald Trump. I will go to my beautiful cathedral and meditate for something good to come out of this. Why would anybody vote for someone like this? Looking at lots of articles, media and posts on Facebook, I learned that they are fed up with politicians. They don´t trust them anymore, voting for Donald Trump is an act of desperation.

Germany is my country of origin, which still is over-shadowed by Nazi history. Hitler came to power because people believed he would relieve their suffering, create jobs, and give them food.  Well he did that… but at what price?? I tried to escape the shaddow and moved to San Francisco in 1979, where I spent good years and met many great people over the years… What really scares me right now is, how ignorant and narrow minded some parts of the country are. There are similarities between the Hitler and Trump. Some people say that´s crazy, but I do not think so:-)

What is going on right now?

Humanity seems to be in chaos, the old ways are not working anymore, but people are not ready for something new. The system is trying to keep us in fear…only fearful people can be manipulated. Yes change is hard, but life is change and it cannot be stopped, without rotting the system and rotten it is. Not only in America!

Our world is being ruled by money interests and those money interests are ruling politics. War makes money, people are kept in fear, so they support their wars. The government keeps people uneducated and ignorant, so they can be manipulated easier. Give folks a TV, a couch and beer, to shut them up and keep them numb and dumb.

Meanwhile we are poisoned by toxic foods coming from China and companies like Monsanto. Nestle is bottling tap water, selling it for lots of money and nobody is doing anything to stop them. America still allows prison labour, otherwise there is not enough work, CEOs are overpaid and hardworking people earn too little. Education is too expensive, healthcare is not affordable for many people, prices are rising and income does not keep up. Someone like Bernie Sanders actually has the guts to openly talk about these facts, but unfortunately he is not a candidate. Sorry, I just had to vent… 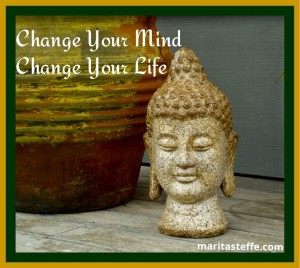 Now let´s focus on what we can change.

I noticed that there is something missing in the way we are brought up. We learn that we have to compete, to be the lone wolfs, to have to achieve everything by ourselves, to not ask for help, to be perfect and invulnerable. We learn that stuff and money will makes up happy. We learn to fit into a box and then forget that we are in the box. The big illusion of “consumerism” will not make us happy.

People who think in WE not ME, will change the world. Human beings are tribal beings, it´s time to go back to that. What can we do to change that? Spirituality, no I do not mean organized religion… Spirituality is a broad concept with room for many perspectives, below is an interpretation that I like.

In general, it includes a sense of connection to something bigger than ourselves, and it typically involves a search for meaning in life. As such, it is a universal human experience—something that touches us all.

What has helped me

My own life has changed, the moment I was introduced to spirituality, through 12 step programs. It has changed my life. I used to be arrogant, self-centred, angry and felt like a victim. Self-medication, alcohol and shopping gave me a false sense of well-being. Life was mostly drama and gossiping about others. This is how most humans live, it´s not good. Getting in touch with spirituality has given me happiness and a purpose in life that is beyond just looking out for myself.

Finding a way to be fulfilled that is not about the money, the position, the education, the designer labels. The new happy is: who I am as a human being and what I can give to my environment. The contribution can be small, for example to smile at people, to hear them, to be there for them. I make a difference by not consuming too much, by buying organic food. By reducing the plastic I use.

Anything that produces negativity I stay away from, no news, no TV, no toxic people. Alcohol is not a part of my life anymore, because I like and accept the way I am and do not need to numb myself anymore. If I would have learned all this earlier, life would have been better for my kids, my family, friends and everybody who crossed my way.

But that was not the case and I forgive myself… Just in case you wonder why I´m writing all this: If we all would have access to this kind of transformation, we would change the world. If most people would act from the heart and not from fear and superrealism all would be different. 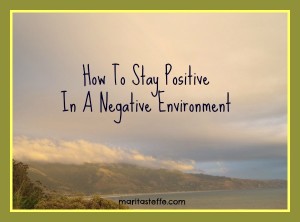 Who says that the financial system have to be the way they are? They were set into place by bankers, a few hundred years ago, they can be changed. The stock market is part of the problem. It´s time for something different. For the time being I will meditate and pray for a miracle.

What do you think? I love to read your comments.